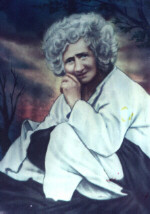 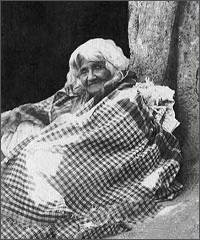 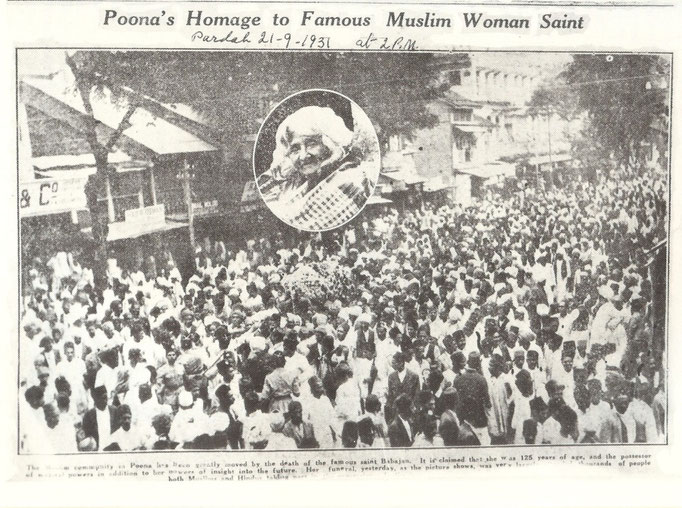 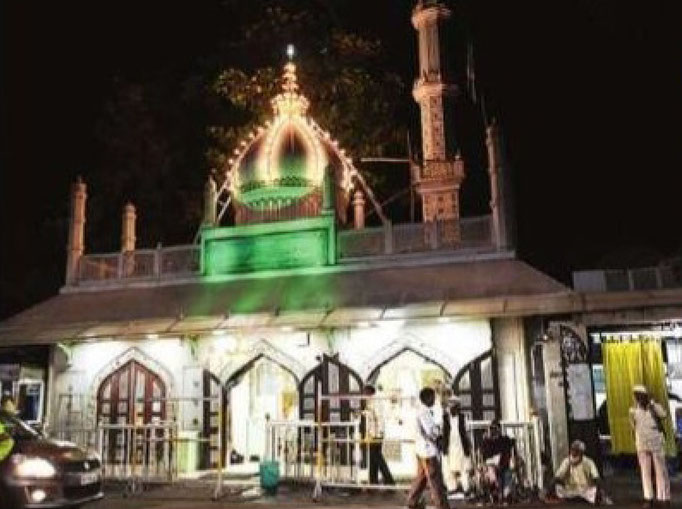 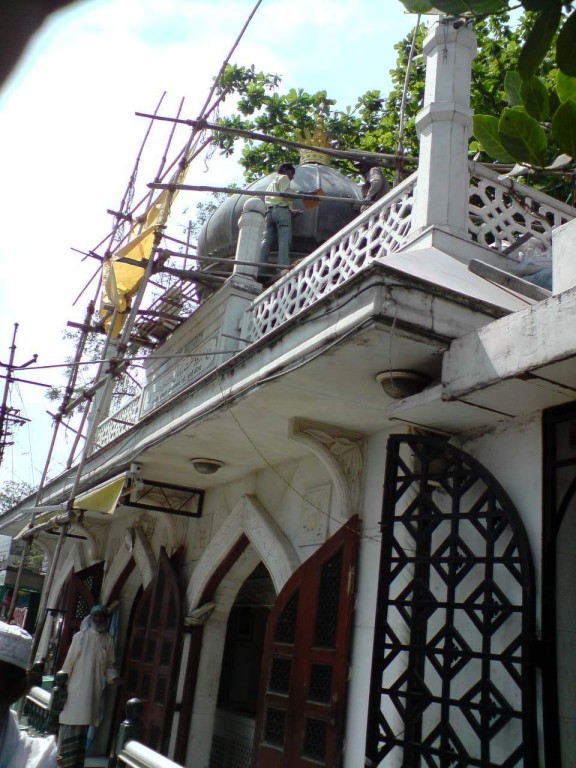 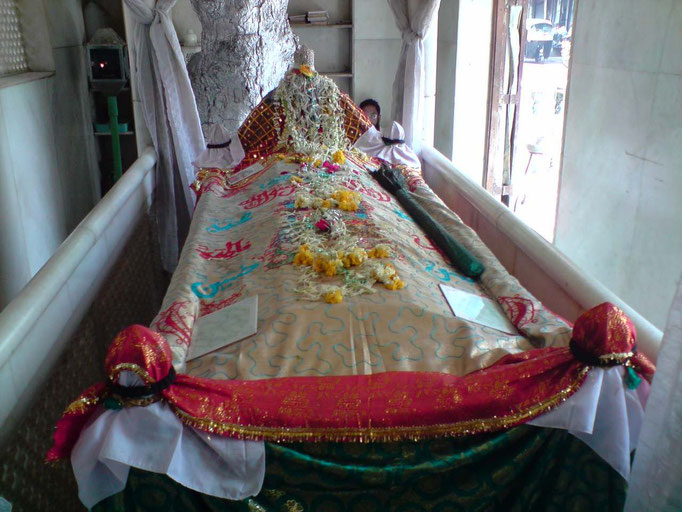 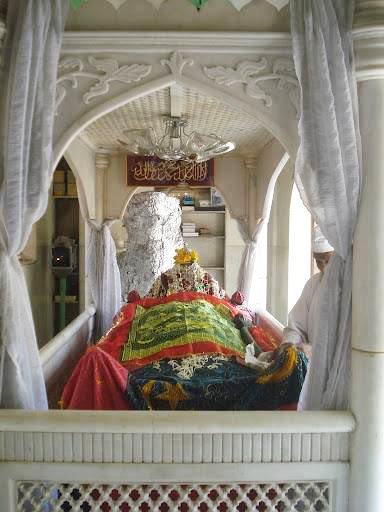 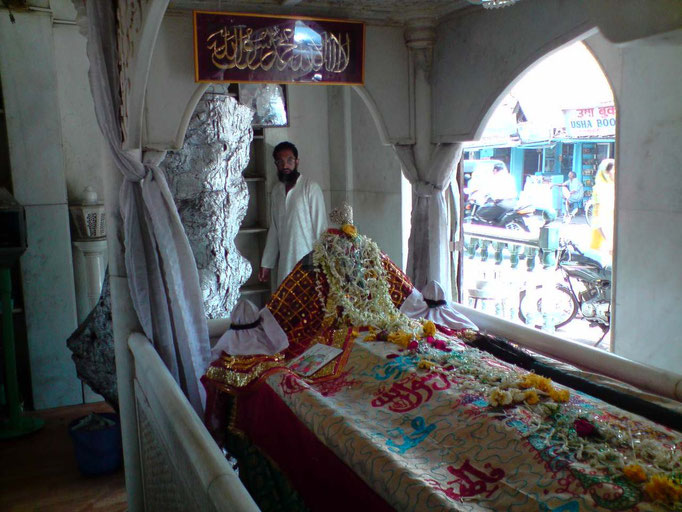 In a previous incarnation, Babajan was the Sufi saint Rabia of Basra [Iraq]."

RABIA AND THE SECRET OF BASRA
Meher Baba

Rabia of Basra was considered one of the most beautiful women living on earth in her time. Her youth and beauty were unsurpassed. Now it so happens that a young man from Shiraz in Iran comes to Basra while travelling and sight-seeing. He's vigorous and handsome and very successful in business. His business takes him from place to place and country to country. At this time it brings him to Basra. He's fond of sight-seeing. So while having tea or food he asks whomever he meets,

"Are you from Basra?"

"Tell me what's to be found in this place? Is there anything out of the way, anything unusual, anything special?"

"Well, we have fine gardens and we have fountains and all that."

"Oh! I have roamed many countries and seen a number of big cities. There are many such beautiful things; but is there anything here that is out of the way?"

"The most beautiful woman on earth!"

"What? The most beautiful woman on earth!" He's young and handsome, and youth is always attracted by beauty. He hears this and laughs. "Well, I've seen thousands of beautiful girls. Can there be any more beautiful than those in Iran?"

"Well, that's what I'm telling you," says the man.

And they say, "There is nothing better here than Rabia of Basra. Her beauty surpasses all beauty."

And they reply, "Those who are starved for beauty, they will find that out when they meet her."

"All right, where can I find her? How does one see her?"

"Oh, that's a common story. We have prostitutes in Iran too. We know about that kind of woman."

"Yes, but this is different!" they answer.

He goes around to different places in the city, and again he hears the name of Rabia from someone he meets, and then from another man and then another and another. Gradually he comes to realise that this whole city is somehow different from other cities he has visited. This place is charged with such an atmosphere that people talk freely about the beauty of a woman, and yet there seems no trace of vulgarity in their talk. What is it? Who could she be? What makes her so beautiful and at the same time approachable by all? He thinks, "Well she's only a beautiful prostitute. That's why she's approachable for all."

After some days he decides to visit Rabia even though she's in a brothel. Although he is from a social stratum that customarily does not frequent brothels, he makes himself bold to go there. For the first time in his life he makes up his mind to go to such a place and see for himself what he has heard about from other people. He makes discreet inquiries about the place and time she's available. Somebody leads him there in the evening, saying, "Go up the stairs and there will be a matron who will see you and ask you to pay a fee."

"She doesn't, but the matron asks for them. Without paying you won't be able to go in."

"Okay, nevermind. I have money."

So up he goes, slowly climbing the stairs. And all the time his mind is working, full of this beauty he has heard about and anticipating the moments he'll spend with her. When he arrives, the matron questions him, "What do you want? Are you a stranger in this country?"

"Yes, I am a stranger here, and I want to see Rabia of Basra."

"What do you mean you want to see Rabia of Basra? Is she an exhibit in a zoo or something?"

"All right, but the fee is exorbitant."

"I don't mind; I'll pay whatever it is." He pays and she takes him to the suite, ushers him inside and shuts the door.

He finds the room is vacant; there is nobody to wait upon him. Then he gradually ventures further in. There is a little room to the side and in it a figure is praying. A prayer carpet is spread and the figure is kneeling, absorbed in prayer. What beauty she has! He has never seen such beauty! "Oh, how could she be here?" he thinks, "How could she allow men to co-habit with her?" He sits and gazes at her beauty and loses himself. Yet, his passion is aroused, and he waits for her to be finished with the prayer.

She prays and prays. An hour passes. Gradually there is an ebb in his passion. He is attracted by her beauty and at the same time by her purity. After another hour or so she finishes her prayer and looks at him; it is as if lightning has struck him, the very sight of her!

She apologises and says, "I'm so sorry. Pardon me for keeping you waiting so long! I was absorbed in prayer. You must be hungry." She claps and her maidens come. She orders, "Spread the feast for him. He is our guest tonight." And to him, "Would you like to drink something? What sort of liquor do you prefer?"

"Well, I'm from Iran...." And he thinks, "That's good, she's not too absorbed in prayers; she offers me food and drink also. And it's true what people say — she's truly beautiful!"

So he takes an interest in conversing and opens up his heart. He tell her his whole story while she listens intently. As he talks he just gazes at her, feeding upon her beauty. She also participates in the conversation, inquiring about his well-being, and about his travels and his work.

"You must have visited many places and seen many fine sights. Have you visit Basra properly?"

"Yes," he says, "I have almost finished my visit to Basra, and everywhere I go I hear about your beauty. And so I wanted to be here with you."

"You are most welcome," she says, "But after all, what is this beauty of mine? It's a passing show! Very soon I'll get old and become all wrinkled. Age will tell upon me just as it will upon you."

And she takes up the thread there. The talk about beauty and truth and God starts, and it goes on and on into the early hours of the morning. Eventually she leads him to the point where he becomes a real devotee.

"What a discourse you've given me tonight!" he says. "Now I begin to realise what real beauty means, how one should behave in life, how one should seek that eternal beauty which never perishes."

Finally he feels it's time to go. "I'm your slave," he says from his heart. "Tell me anything, anything in this world I can do for you."

"I have one little request."

"Anything," he replies. "Ask for wealth. Ask for anything you want."

"There is just one little thing, if you could do it."

"Never tell anyone what transpired here tonight. Allow the people to come to me. This beauty is bait to lure them. It motivates them and gives them strength and right understanding and the right perspective on life. God has placed me in this particular place so that I can do His work and tell people about true beauty and real love. Promise me that you'll never tell others what you've experienced here tonight."

"Oh!" he says. "So this is the secret of Basra! The whole city clamours after your beauty. Yet nobody tells me about his experience."

"Yes," she smiles. "They all promise. You see, my beauty is my strength to fight in the cause of my Lord."

So Baba says: Every Baba-lover who is beautiful can use her beauty as a great strength to get many more hearts to me. But you must be as stable as Rabia.

And Baba added: It took a long time after that for Rabia to become Babajan, the Perfect Master who awakened me to my own Divinity!" 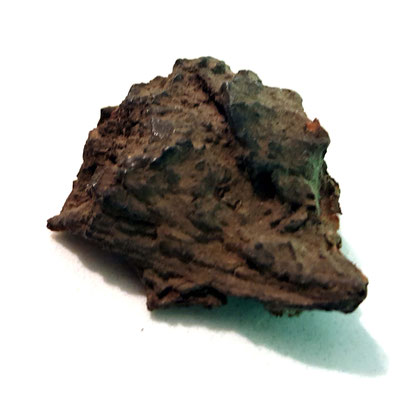 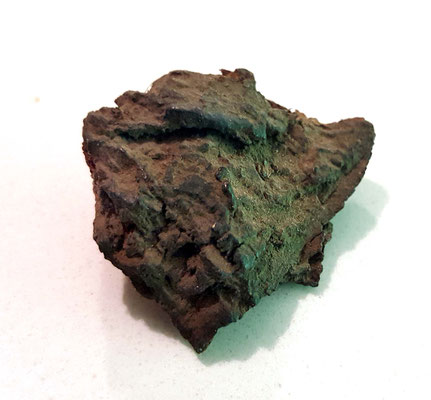 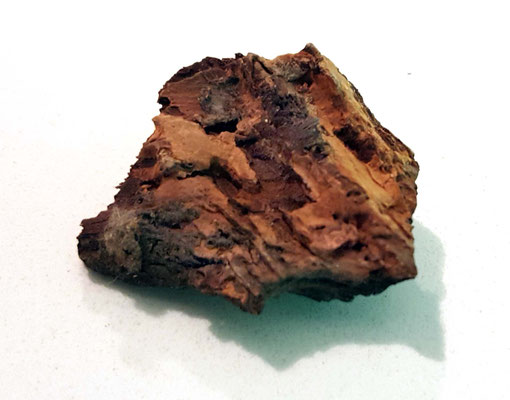 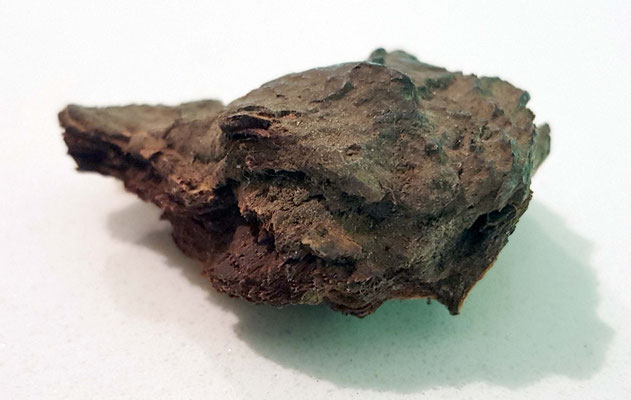 Hazrat Babajan (c. 1806 - September 21 1931) was a Baloch Muslim saint considered by her followers to be a sadguru or qutub. Born in British India in Balochistan, in what is now Pakistan, she lived the final 25 years of her life in Pune, India.

Babajan, whose birthname was Gulrukh "Like a Rose", was born as a Pashtun princess to a Muslim royal family of Balochistan. The precise date of Babajan's birth is unclear. Biography variants range from 1790 to 1806. Well-educated, she memorized the entire Qur'an by heart, becoming a hāfiżah at an early age.

At the age of 18, Gulrukh fled her arranged marriage and sought God instead. Disguised by her burqa, she journeyed to the northeast, first to Peshawar and then to Rawalpindi. According to Indian author Bhau Kalchuri, she lived for a year and a half in the mountainous regions of what is now Pakistan under the guidance of a Hindu sadguru, then traveled to Punjab. In Multan, at the age of 37, she received God-realization from a quṭub, Maula Shah.

After a second stay in Rawalpindi, staying with her earlier Hindu master, Gulrukh embarked on several long journeys through the Middle Eastern countries Syria, Lebanon, Iraq and Mecca, often disguised as a man. Apparently to avoid detection, she traveled by way of Afghanistan, Iran, Turkey and then doubled back into Arabia. At the Ka‘bah, she offered prayers five times a day, always sitting at one selected spot. While in Mecca, Gulrukh often gathered food for the poor and personally nursed pilgrims who had fallen ill.

From Mecca, Gulrukh made pilgrimage to the tomb of the Islamic prophet Muhammad in Medina, where she adopted the same routine of offering prayers and caring for fellow pilgrims. Leaving Arabia, she passed through Baghdad, Iraq and back to the Punjab. She then traveled south to Nashik and established herself in Panchvati. From Nasik, Babajan traveled on to Mumbai, where she stayed for some time and her fame grew.

In April 1903, Babajan made a second pilgrimage to Mecca, this time sailing from Bombay on the SS Hyderi. About 1904, Babajan returned to Bombay and soon afterward proceeded to Ajmer in northern India to pay homage at the tomb of the Sufi saint Moinuddin Chishti who established the Chishti Order of Islam in India. From Ajmer she returned to Bombay and then soon after traveled west to Pune.

Babajan in Pune under her neem tree

In Pune, Babajan established her final residence, first under a neem tree near Bukhari Shah's mosque in Rasta Peth and later another neem tree in the then-dilapidated section of Pune called Char Bawdi where she remained the rest of her life. She eventually allowed her devotees to build a shelter of gunny sacks above her and stayed there throughout all seasons. Her disciples included Hindus, Muslims, and Zoroastrians.

According to the Indian spiritual master Meher Baba, Babajan gave him God-realization through a kiss on the forehead in January 1914 when he was 19 years old on his way home from college in Pune. After this, he said that he experienced being in bliss for nine months, after which he said he was helped to return to normal consciousness by a second sadguru, Upasni Maharaj of Sakori. Meher Baba said that Babajan was one of the five Perfect Masters of her time.

Hazrat Babajan died ( ** dropped her body ) in the Char Bawdi section of Pune on September 21, 1931 under the neem tree where she lived the final years of her life. There is a shrine erected for her around the tree under which she made her final street home.

**This insertion was done by the webmaster of this web site ie. Meher Baba Travels.