﻿The sea was calm as the boat steamed into the Persian Gulf, but a freezing, shiver-inducing cold storm swept over them after leaving the port of Bahrain. By the time they reached the port of Bushire, Baba, who until then had been quite well, also suffered nausea.

Then Vajifdar, too, started felt nauseous and vomited.

No sooner had they anchored at Bushire than a rainstorm broke with crashing thunder. The Persian coolies picked up the group's heavy baggage, and Baidul tipped them with bread and onions, which they seemed to relish. While hauling the baggage, they would utter, "Ya Ali ! Ya Ali !" in honor of the Almighty — much to the amusement of the mandali.

Baba and the mandali stayed at Ghulam Husain Lodi's house in Bushire. Their baggage was brought by mule, the most common means of transportation in Iran at the time. A Primus stove was lit and Baba warmed himself near it, for he was shivering from the extreme cold. Nervous brought charcoal and lit hearths to heat the room. Strong winds were blowing, and the cold atmosphere was gloomy and uncongenial. Nervous brought supplies from the market and Masaji cooked a meal. Water for drinking had to be bought, as there was a great scarcity. But the water which was purchased contained maggots and looked so milky that most people would not even have washed their feet in it! The mandali had to walk to the seashore to wash the cooking utensils.

Although the majority of the mandali were unwell, Baba decided to proceed to Shiraz — famous for its gardens and the tomb of Baba's favorite poet, Hafiz. A truck was hired at Rs.400 for the journey. Padri fell ill the next day with a high fever and felt too weak to travel.

When news was brought that a ship had arrived from Baghdad on its way to Bombay, Baba suddenly decided to return to India by that ship. This change of plans shocked the men. He instructed Baidul and Behramji to disembark at Bandar Abbas and proceed to their respective homes in Iran, while the rest of the mandali would disembark at Karachi with Baba.

After only a few days in Persia, they boarded the cargo ship Baroja and left Bushire. Baba and the mandali would always travel by the lowest class and, accordingly, they occupied the deck. Most of the other passengers on board were illiterate Arab tribesmen. There was not much room for the passengers because the cargo ship was carrying cows, goats, chickens, donkeys, and horses — the animals' dung caused a terrible stench. The Arabs daily slaughtered goats and chickens on the deck for their meals, and their unhygienic habits shocked the mandali. 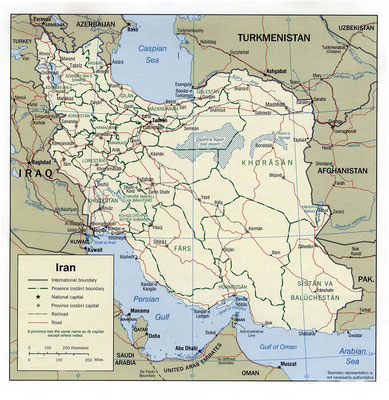 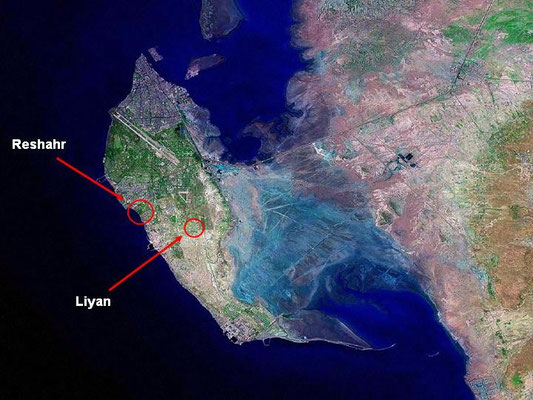 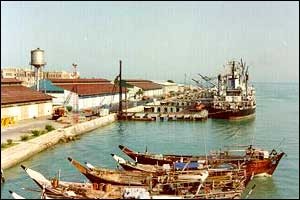 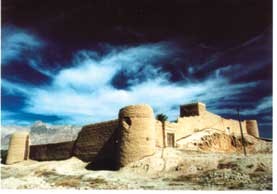 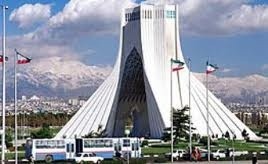 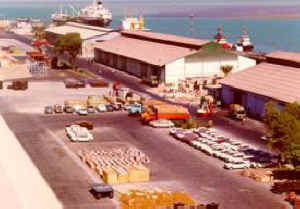 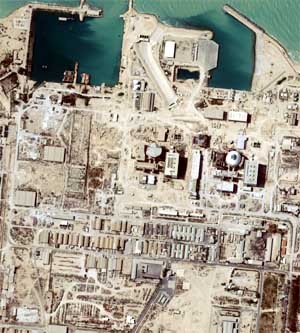 Bushehr lies in a vast plain running along the coastal region on the Persian Gulf coast of southwestern Iran. It was the chief seaport of the country and is the administrative centre of its province. Its location is about 1,218 kilometres (757 mi) south of Tehran. The local climate is humid.

Bushehr was the main trade center of Iran in the past centuries. The city structures are traditional in style, modest in proportion and cost. Due to its lack of rail connection to the interior of the country and its shallow anchorage, it has lost its position as the primary port of Iran.

To the south of the present city, at Reesheer/Reeshehr, are the remains of an earlier Elamite (c 3000 BCE) settlement. It was one of the most important ports of the Sasanian navy and was named after the first king of this dynasty, Ardashir I.

In the 5th century AD, Bushehr was the seat of the Nestorian Christian expansion into southern Iran.

In 1737 the Dutch East India Company opened a trading post in Bushehr, which lasted until 1753.

In 1763 the ruler of Bushehr granted the British East India Company the right to build a base and trading post there. It was used as a base by the British Royal Navy in the late 18th century. In the 19th century, Bushehr became an important commercial port. It was occupied by British forces in 1856, during the Anglo-Persian War 1856-1857. Bushehr surrendered to the British on December 9, 1856.

It was occupied by the British again in 1915, the second time due to German intrigue, most notably by Wilhelm Wassmuss.

Industries include fishing and a thermoelectric power plant, while the inland area (also called Bushehr) produces Shiraz wine, metalwork, rugs and other textiles, cement, and fertilizer. The Iranian navy maintains a base here.

The strategic location of the city of Bushehr has been the main reason for the establishment of the port of Bushehr. During the 1st and 2nd Millennium BCE, the Peninsula of Bushehr was a thriving and flourishing seat of civilization called "Rey Shahr". Many relics have been found in this regard related to the Elamite era and the civilization of Shoush (Susa). These structures of "Rey Shahr" are said to be related to Ardeshir of Sassanid dynasty and "Rey Shahr" was formerly known by the name of Ram Ardeshir. Thereby through the passage of time came to be called Rey Shahr and thence Bushehr.

The Persian Gulf and consequently the province of Bushehr enjoys a remarkable situation with trade in addition to its remarkable situation regarding military affairs. For these reasons the Europeans were interested to take control of the region and the city of Bushehr. The Portuguese, invaded the city of Bushehr in 1506 CE and attempted to take the place of the Egyptian and the Vinecian traders who were dominant in the region.

In 1734 Nader Shah of Afsharid dynasty chose it as the site for an Iranian naval base. During the Zand era, the region was a place for political challenges between different political groups. When the Qajar dynasty replaced the Zand dynasty, they gain less control on the region of the Persian Gulf, so the British influence in the region increased gradually.

At the end of the 18th century, the British and Dutch transferred their regional commercial offices to Bushehr, and during the 19th century the town was prominent as the home of the British political agent for the Persian Gulf. The Consulate General of British governed Bushehr for 20 years. This situation had lasted till 1913, and during the long battle between the Iranian and the British troops, the Iranians lost in 1857 and the British influence expanded to include all the Persian Gulf coast. But in 1913 the Iranians won the long battle. Britain moved its diplomatic and commercial center across the Persian Gulf to Bahrein in 1946. The city was economically depressed until the 1960s when the government initiated a major development program. In 1975 the government began building a nuclear power plant at Bushehr. This facility was only partially completed when it was bombed by Iraq during the Iran-Iraq War (1980–1988). When Germany, the initial backer of the plant, declined to complete it after the war, Iran tried to secure aid from other countries. In 1995, however, Russia signed an agreement to finish the plant.

Bushehr is one of the important ports in Persian Gulf which has an international airport, and highways connect the city to Ahvaz to the northwest and Shiraz to the northeast. A secondary coastal road links Bushehr to Bandar-e Abbas to the southeast. The old section of central Bushehr has many examples of traditional Persian Gulf architecture from the period 1870 to 1920.

Bushehr is an export market for the farm produce of the neighboring and fertile Fars Province. Bushehr's industries include seafood canneries, food-processing plants, and engineering firms. It has a population of 205,320 (2001 estimate).