** there is a grave for both Sheriar & his wife Shireen in Upper Meherabad, which contains worldly items of theirs, but not their bodies.

Although Shirinmai’s body had been disposed of at the Parsi Tower of Silence in Poona, (she died on February 25, 1943), Baba ordered a memorial for her and Sheriar erected on Meherabad Hill, and this work was carried out in June 1943. When the memorial was ready, with His own hands Baba placed a few of their personal effects in it: a silver
snuffbox of Sheriarji’s and Shireenmai’s were - eyeglasses, petticoat and blouse.

Baba dictated the inscription on their tombstone as follows:


“In eternal memory of Meher Baba’s blessed parents, Sheriarji and Shireenmai, who are now merged in Baba’s infinity.”

Mani placed a garland on their memorial every year on Baba's birthday and which is still performed presently. 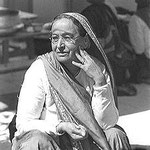 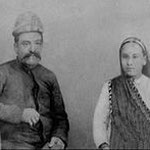 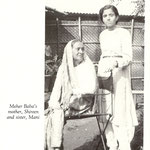 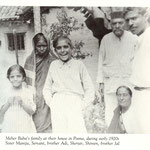 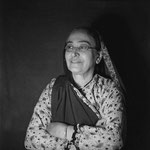 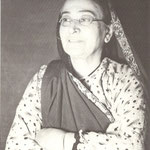 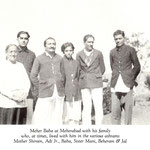 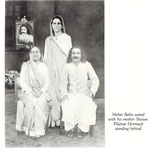 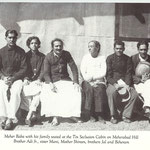 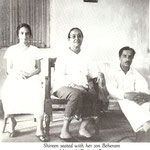 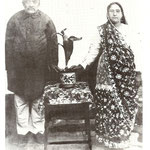 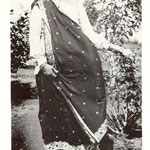 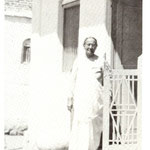 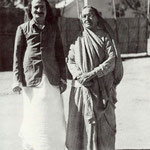 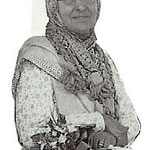 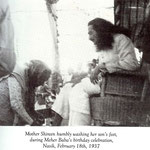 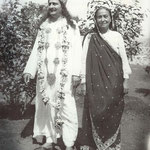 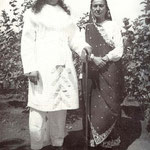 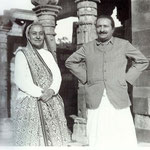 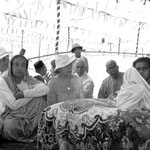 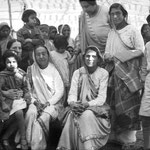 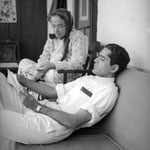 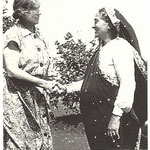 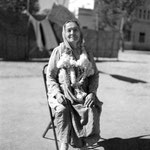 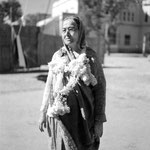 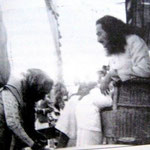 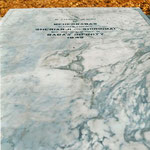 In 1878 Shireen's Zoroastrian parents, Dorabji and Golandoon Khuramshahi, migrated from Iran to Bombay, India fleeing religious persecution while Golandoon was still pregnant with her. When Shireen was a few weeks old, her parents relocated to Pune, India and joined the large Parsi and Irani community there. There her father Dorabji opened a small tea shop.[1] By an unusual set of circumstances, at the age of five Shireen was engaged to Sheriar Mundegar Irani, a spiritual mendicant who had spent many years of his life as a wandering dervish and ascetic and was 25 years her senior. Tired of being pressed by his sister Piroja to get married, Sheriar had pointed out the window at a passing school girl (Shireen) and said he would marry that little girl or no one, apparently to get his sister to stop troubling him. However Piroja went to Shireen's mother Golandoon and arranged for a marriage that took place when Shireen was 14.[2] Constrained by his promise, Sheriar was obliged to settle down and begin a householder's life and find work. He first worked as a gardener, then took charge of an estate, and afterwards opened a tea-shop like Shireen's father, which later expanded into a successful Palm wine business.

Shireen is especially well known as the mother of Merwan Irani, who was her second child and was later named Meher Baba. When Merwan was 19 he began to have mystical experiences after a short contact with a Muslim master Hazrat Babajan. Shireen did everything to cure his "illness" and even after Meher Baba began to be more stabilized, she urged him to give up the ascetic life he had begun like his father and to get a career and be married. Meher Baba of course never did and this conflict caused grief for both of them. However, eventually Shireen came to believe that her son was a true spiritual master and was resigned to his choice when she died.

In all Sheriar and Shireen had nine children, seven sons and two daughters: Jamshed, Merwan (Meher Baba), Freini, Jal, Shirmund, Jehangir, Behram, Ardeshir (Adi), and Mani Irani. Of these, three died in childhood: one son named Shirmund at seven months, another son named Jehangir at two years, and a daughter named Freiny, who died of the plague in 1902 when she was six years old.[3]

Shireen died in her home in Pune on her son Meher Baba's 49th birthday. She was 65.[4] There is a memorial for her and her husband near Baba's samadhi in Meherabad. Meher Baba dictated the inscription on their tombstone as follows: "In eternal memory of Meher Baba's blessed parents, Sheriarji and Shireenmai, who are now merged in Baba's infinity." [5]