Both visits occurred after he concluded his visits to the U.S.A. with stop-overs in Hawaii, Japan and China. The final destination for both trips was back to India.

The first visit to Hong Kong was on the 1st July 1932, on the SS Kaisar-i-Hind, the ship departing the same day.

The second visit was on the 31st January 1935 on the SS Empress of Canada. On the same they arrived, Baba and his men went to a Parsee friends home in Kowloon for a meal and returned to the port later and boarded another ship the SS Fushimi Maru. They departed the next day - 1st February for Singapore and eventually India. 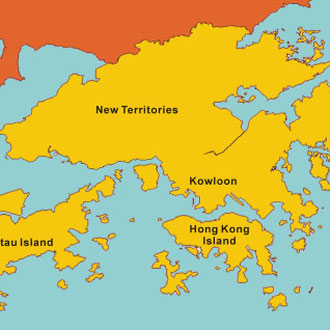 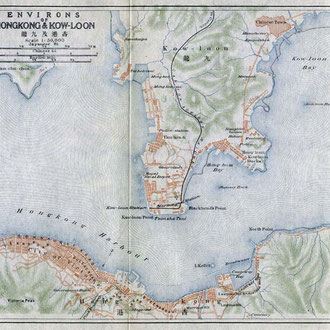 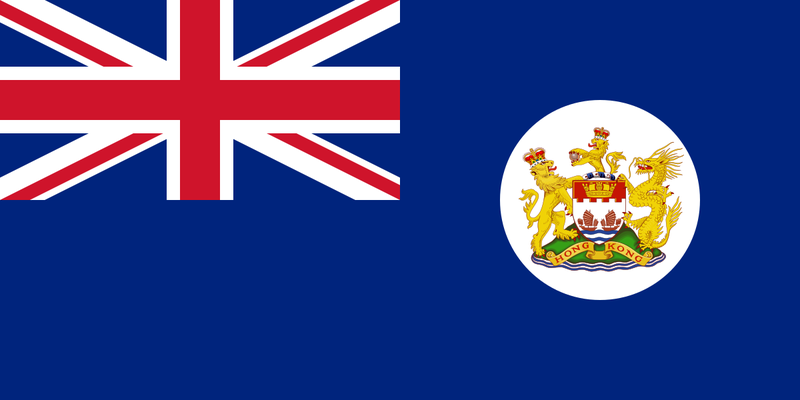 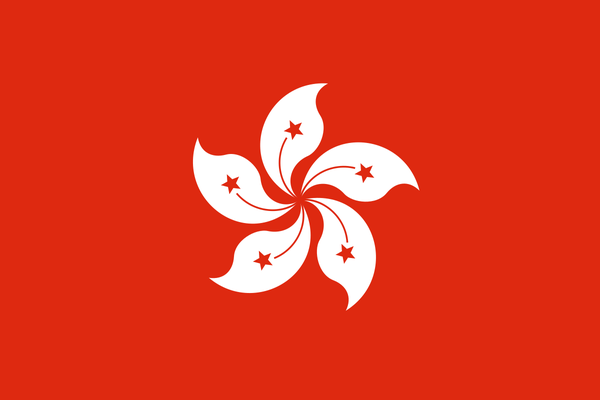 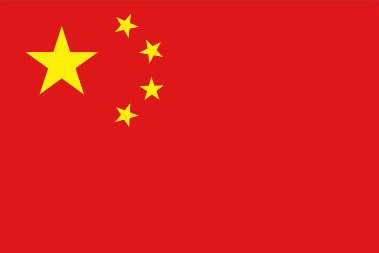 When Meher Baba and his men arrived in Shanghai 3:00 PM on the 22nd June, they were met by Herbert Davy and Jal S. Irani ( Baba's brother ). Meher Baba was wearing his white suit and Panama hat when he arrived. After they had disembarked on the Eastern side of the Whangpu River called Pootung and ferried onto the Western side of the river and then transported by cars a couple of miles to the Palace Hotel on the Bund. Baba later explored parts of the city.

On the following ( 23rd ) day at 11 PM they all boarded the Jinghu train to Nanking, inland - then the capital of the Nationalist Government. The remaining men Mandali who had arrived earlier on the 24th April, were waiting there to greet Baba and his men.

After staying for 3 days in Nanking they all took the train back to Shanghai, leaving at 11 PM and arrived at 8 AM., leaving later the same day at 4 PM on the S.S. Kaiser-i-Hind for Bombay on the 28th.

Meanwhile, Herbert was given directions to train leaving on the 4th July for Dairen in Northern China then onto various train lines connecting at Chita, Russia with the Trans Siberian Railway, reaching Moscow, then to Warsaw, onto Berlin , Amsterdam and finally London. Later that month in Marseilles with his sister Kitty he met Baba on the 29th July.

Baba who had travelled by boat through Asian ports such as Hong Kong - Kowloon 1st July, then Singapore on the 6th July, Penang - 9th July, then sailed to Colombo, Ceylon and finally to Bombay reaching it on 11:45 PM on 15th July.

The 4 man Mandali who accompanied Meher Baba from Bombay to Europe then to the USA across the continent, and finally across the Pacific to Shanghai, China. 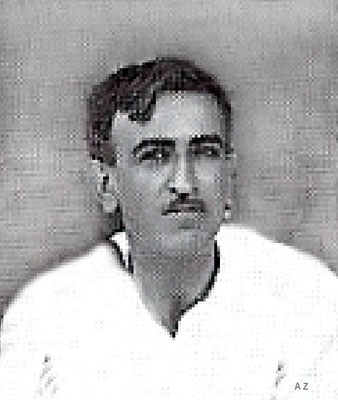 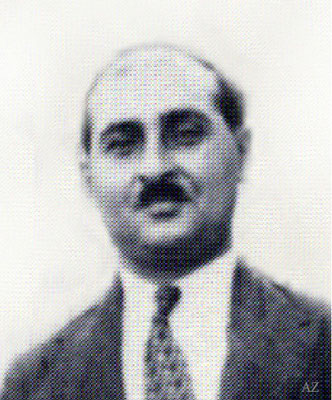 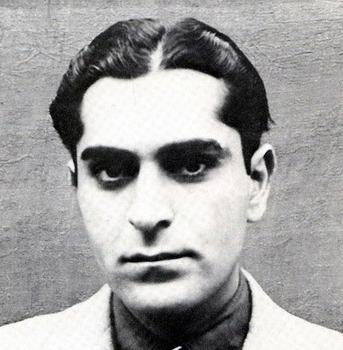 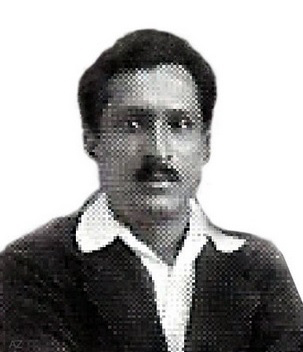 The other men Mandali that had joined Meher Baba in Shanghai and were travelling back to India with him are : Jal S. Irani, Gustadji Hansotia and  Pendu Irani 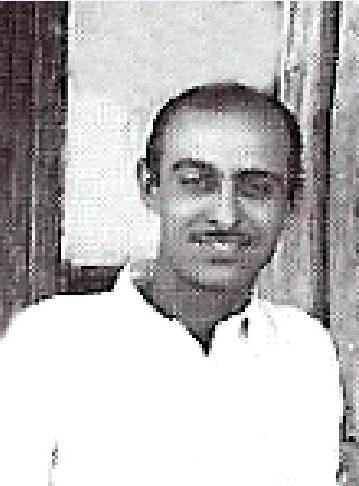 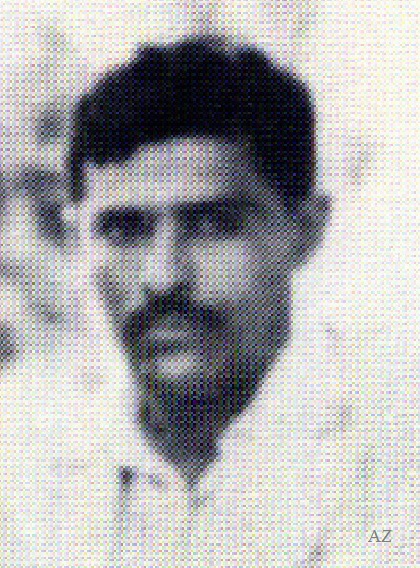 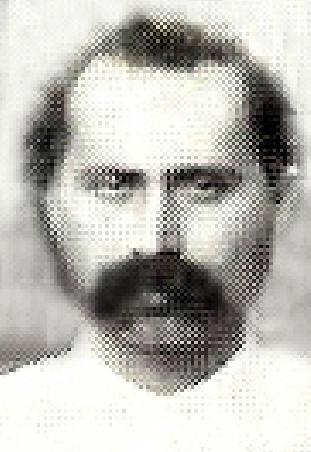 Baba landed in Hong Kong at 7:00 A.M. on Friday, 1 July 1932 and was met by a Parsi named Rustom E. Desai. Baba and the mandali went to his house, where Desai and his wife had prepared Indian dishes.

After they ate, they all went out to explore the city. They went to the Queen's Theater in the evening to see the film Skin Deep. After the movie, Baba and the mandali returned to their ship by ferry.

They drove through Kowloon the next day. Met there by Rustom S. Pestonji, a friend of Mr. Desai's, Baba and the mandali were taken to Pestonji's house. After an hour's drive around the town, they returned to the Kaiser-i-Hind and continued their voyage.

Rustom E. Desai was recorded as being a manager for V. Mody Co. - 2 Queens Road, Hong Kong since the early 1920s.

Rustom Pestonji had been noted since 1919 - 1930s as a sharebroker at Benjamin & Potts - Humphries Building, Hong Kong. 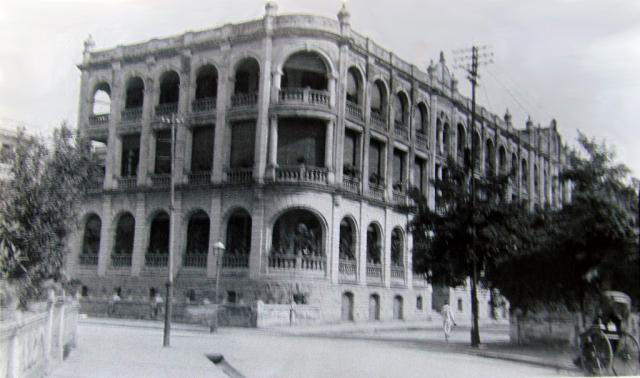 Marc Edmund Jones wrote 48 stories mostly for films. The last one was for the film "Skin Deep" (1929), which Baba saw in Hong Kong on 1st July 1932, less than 4 weeks after Marc drove Baba and his men to the Los Angeles wharf on 4th June for them to travel to the Orient. 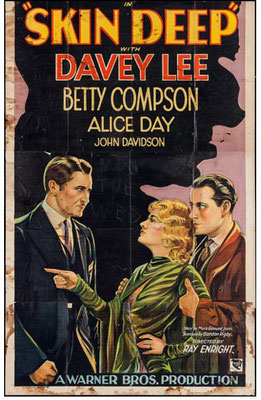 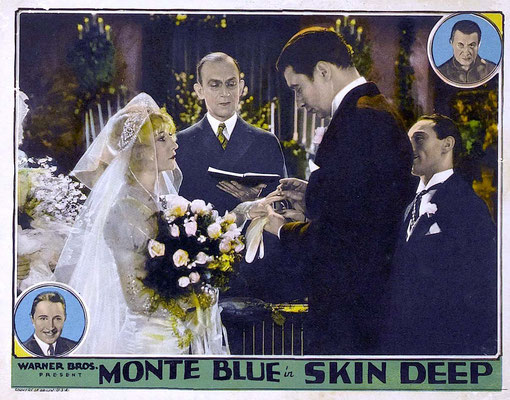 Meher Baba concluded his 2nd coast to coast trip across the United States during December 1934 and early January 1935, finishing at Vancouver, Canada, his first and only visit to this nation.

He and his men Mandali departed on the SS Empress of Canada from Vancouver on the 12th January 1935 for Honolulu, which they arrived on the 17th. at noon. After a short stay, the ship continued onto Yokohama arriving on the 25th followed by Kobe on the 26th.

Meher Baba and his companions arrived in Shanghai on the 30th January. On this visit Herbert Davy who was present during Baba's first visit had left China 6 months earlier. There was no-one in Shanghai to meet them dockside and it is not known if they disembarked from the ship for their brief stay in this port.

The following day 31st Jan. they continued their journey to Hong Kong arriving on the 2nd Febuary. On the same day they visited Kowloon and transfer to another ship SS Fushimi Maru and departed on the 3rd.

Arrived in Singapore 7th Feb., then Penang on 10th and then Colombo on the 13th Febuary.

It took the party another 3 days travelling through Ceylon by train, then ferry to India followed by other trains finally arriving in Meherabad, India on the 16th February.


During the voyage, Baba was feeling very uneasy and his physical health began to fail, and each day he continually stressed the urgency of arriving in India at the earliest possible date. He repeated this again and again as he asked the mandali to check into the various air routes between Hong Kong and India, or any land route that might possibly be quicker. Despite assurances from the mandali that the fastest way to travel was by ship, Baba persisted day after day and repeated that he must reach India as soon as possible.

The ship docked at Yokohama on the 26th. Baba and the mandali went ashore at 7:00 P.M. and went to the Grand Hotel, where the Thomas Cook office was located, to inquire about their passage from Hong Kong to Colombo. Due to Baba's "restlessness" they did not spend much time on shore. They got down at Kobe, also, at 8:00 A.M. on the 28th and went to the Cook office again about travel arrangements. (Baba was considering flying to India from Singapore with one of the mandali.)

Baba arrived in Hong Kong early in the morning on Saturday, 2 February 1935. Two Parsis, Rustom Desai and Rustom Pestonji, were there to welcome him. They had met Baba in 1932 when Baba's ship had docked at Hong Kong. They took Baba and the mandali to Pestonji's home in Kowloon where Baba had breakfast and was photographed. After meeting the families of both men, Baba boarded the Fushimi Maru, which sailed at 11:00 A.M. the same day.

Baba's cabin was uncomfortable, the food wasn't very good and his health was still unstable. He would have stomach pains one day and throat pains the next. Then he would indicate that he had pain in his mouth and then, on the third day, in his head. The pain would sometimes be throbbing in two or three places in his body at once. Baba was taken to see the ship's Japanese doctor on the 6th, who, after examining him, said there was nothing seriously wrong and gave him some boric acid water to gargle with for his sore throat.

They landed in Singapore the following morning. 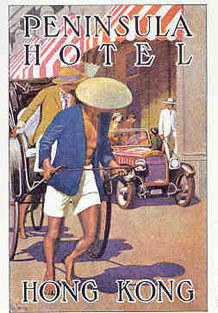 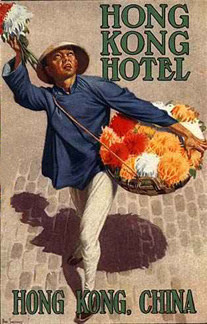 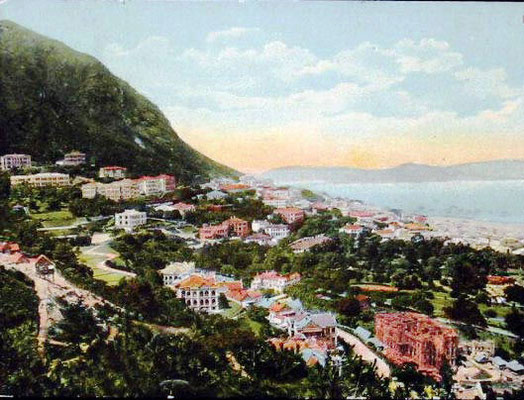 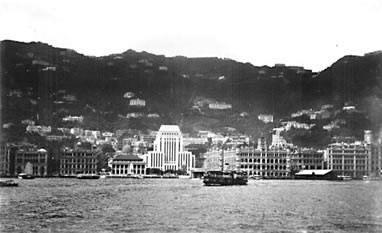 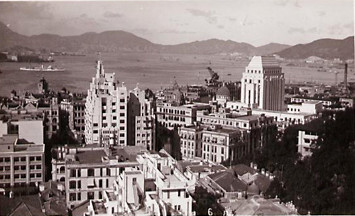 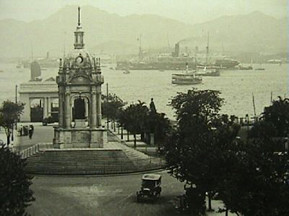 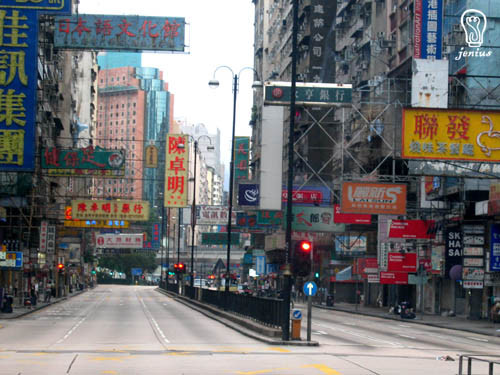 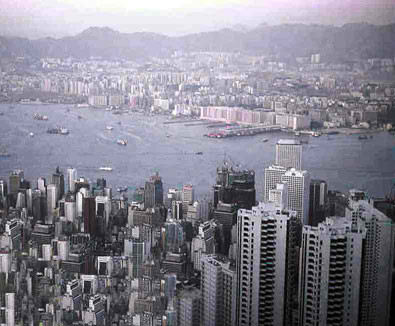 Images of Kowloon & Hong Kong from the 1930s 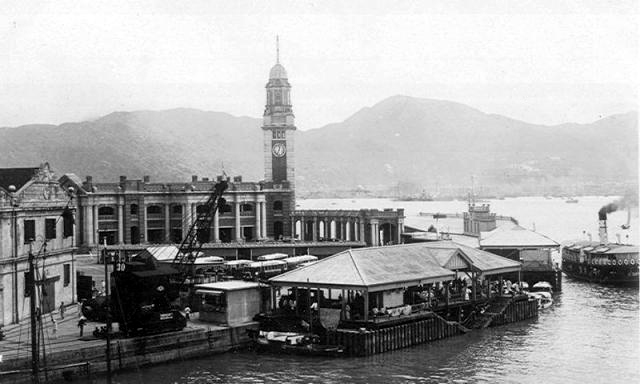 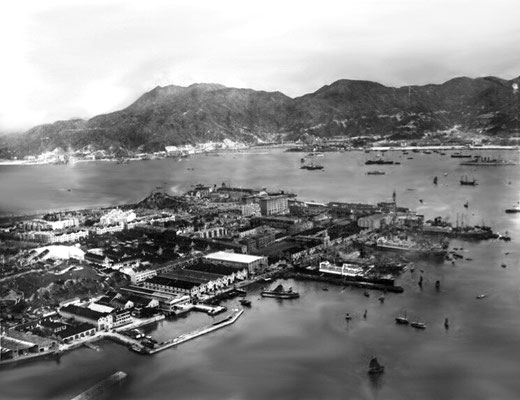 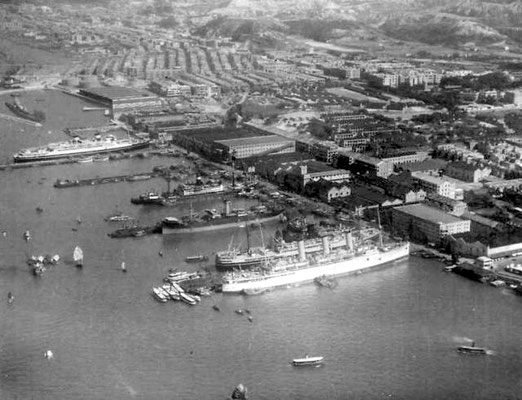 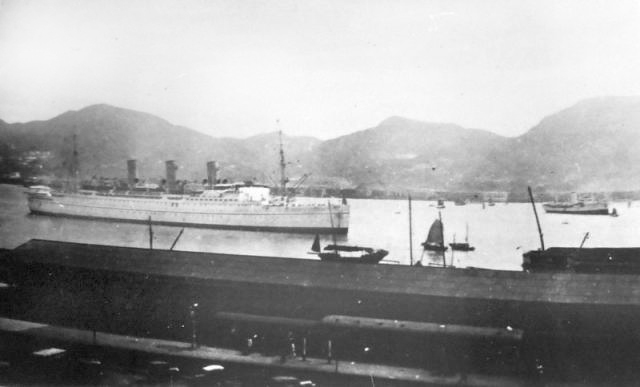 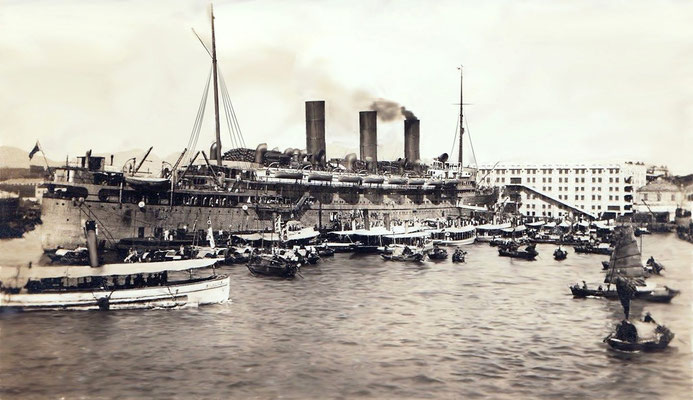 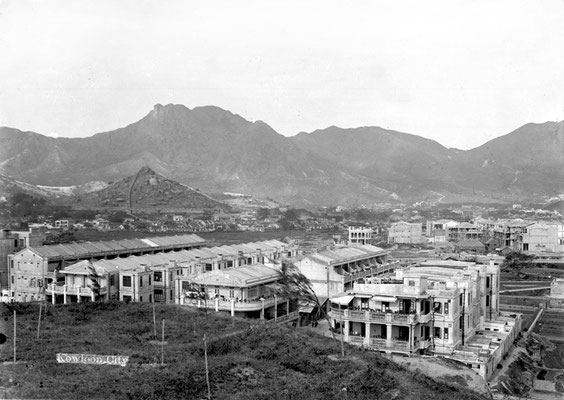 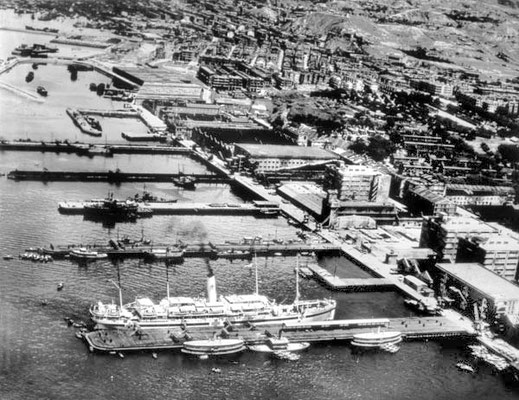