Ken went to India in June 1969 for the Last Darshan.

The following came from a mid 1980s publication. 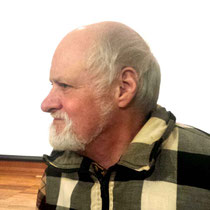 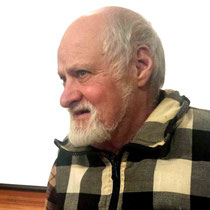 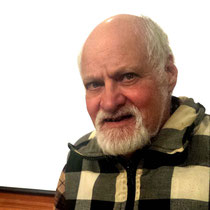 To say Ken walked to the beat of his own drum would be an understatement.  His interests ranged from music to politics with a dash of sports thrown in.
He had a phd. in psychology from Indiana University and practiced psychotherapy for over forty years.
A published writer, he authered books both on economics,  and  philosophy.   His book, "Adams Smith's  Mistake" , was a breakthrough look at humanist economics.


He loved music,  especially Jazz, and Opera, he raised pigeons  and in his younger years was a devote of  horse racing, and the New York Football Giants.


He was married three times,  all of which ended in divorce. He said,  " he was a  great date, but a lousy husband."
He was very interested in politics,  and leaned far left...  unique, opinionated , generous a good friend a one of a kind brother.

Daniel & Carolyn Montague reminisce about their time with Ken in Maine.

Meher Baba - Avatar of the Tortoise

Has Meher Baba told us when he will break his silence ? 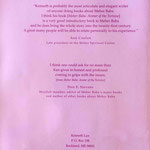 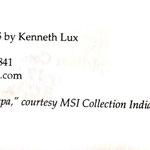 The Mystery of the Manifestation

Baba and the Zen connection

The Secret of the Manifestation

Adam Smith, with his book "The Wealth of Nations", in the late 18th century was one of the founders of economics as a discipline. His central theory concentrates on the value he places on self interest, arguing that it is not from the "benevolence" of others that we receive what we need but out of their regard for their own self interest. When each person pursues his or her own self-interest, society as a whole is led to a condition of benefit for all. The pure experiments in this approach, laissez-faire economics, was seen to fail in the industrial misery of Charles Dickens' England and in the United States in the financial scandals of the trusts and cartels and the economic booms and busts that eventually led to the Great Depression. Could Adam Smith have made a mistake, a mistake that still colours the core of modern life? This book argues that he did. Dr Lux argues that self-interest does not lead to a good society, but instead to social strife, ecological damage and abuse of power. Another principle must exist to moderate self-interest and it is one that goes by many names. Dr Lux argues that we have been mislead by economics into calling selfishness and greed a good thing. Instead this book argues that good only comes out of good. With the adequate recognition of this mistake we, as a society, will be able to move forward into a time where selfishness can no longer hide under a protective cover of economic justification.