As a small child I liked to use perspective to draw Havana-like, royal palm-lined streets full of bistros. I did very little visual art, however, once my 7th grade art teacher flunked me on a still-life project I'd felt very proud of.
In 1971 I met Lyn and Phyllis Ott at Meher Spiritual Center, the first real Artists this son-of-a-salesman had ever known. Working for Lyn some years later, and reading his book, IN QUEST OF THE FACE OF GOD, helped deepen my sense that there were mysteries involved in painting, that all the arts were gateways "to penetrate into the essence of all being and significance, and to release the fragrance of that inner attainment..."
In the late 1980s I stumbled (again!) on my Path, and ended up hopeless in a psych ward, then a half-way house. Painting was the avenue Baba used, this time, to heal me. The experience was so profound I've written a short story, which appeared in a "zine" called THE MINDFUL WORD, about it: http://www.themindfulword.org/2012/life-save-max-reif/ . 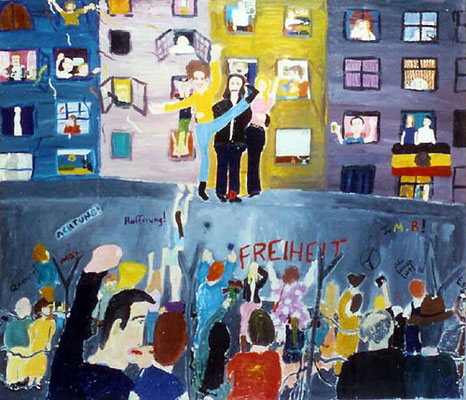 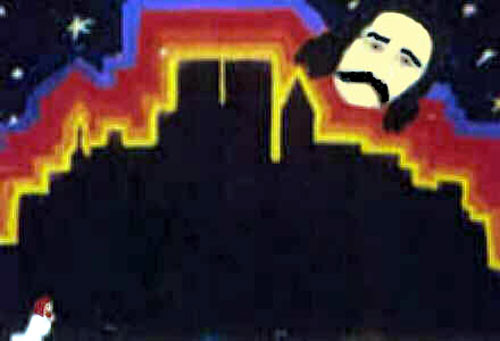 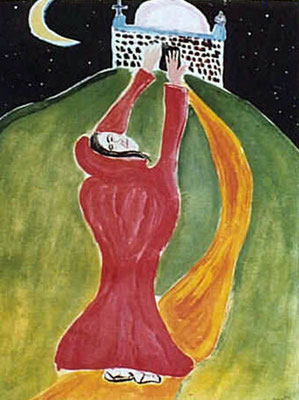 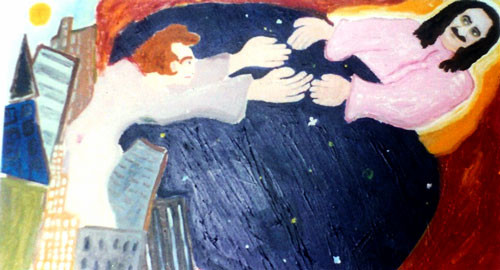 Baba Dances on the Berlin Wall

In November, 1989, I took a break during my painting class at the New York Art Students' League on West 57th, and went to buy the TIMES. The lead photo and story showed something amazing: the Berlin Wall, symbol of the Cold War that had gripped the world for 4 decades, was being dismantled. In the photograph, a young man and woman stood on top of the wall and danced, as all around them, on both sides of the wall, a crowd cheered.

The feeling of Meher Baba's New Humanity was powerfully in the fall air. I knew what painting I would do next. There was even a woman from Germany in my painting class. I asked her how to say "Freedom" in German. "Freiheit!" she said.

That became the title of the painting, on a 40"x 48" canvas, quite a bit bigger than the ones I usually worked on. It depicted Baba, in Western dress, embracing the couple dancing on the wall, while all around a crowd did what crowds do: cheered wildly, ate a hot dog, look on blankly, waved a bible, dressed as a clown--and held out a beer, made love, or played the guitar from the windows of the East Berlin apartment buildings I imagined just beyond the wall.

The work itself got destroyed some years later because I didn't have a space in which to store it properly. And I didn't think I had a picture of it, either, till yesterday when someone brought me an album of painting photos I'd given him in the early '90s.

Looking at the piece, I still feel the thrill I felt in the chilly fall air that day looking at the TIMES. The thaw of the "old humanity" has retreated now from the front-page headlines, but surely it's still going on somehow "underground," and we'll see such headlines, or greater ones, again. 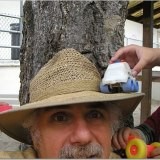 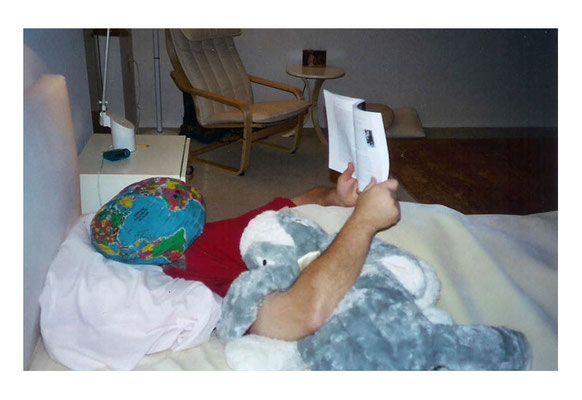 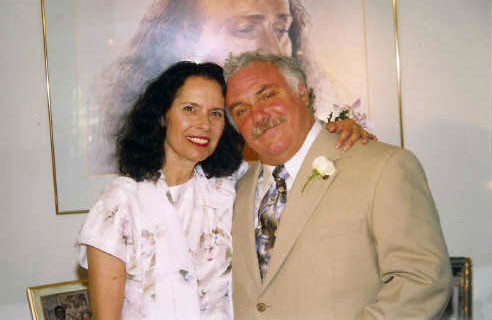 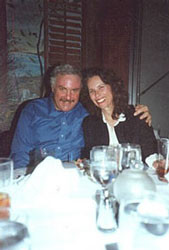 Poems to the Divine Beloved

TOWARDS AN INTERIOR SUN

Awakening by a Master and the difficult journey towards discipleship 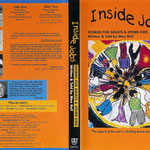 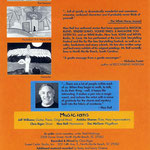