** The flight to Australia in 1958 by Meher Baba was in the same type of aircraft as he flew the same route in 1956. There is an ommision in the above paragraph from "Lord Meher" that there is no mention of a brief stop on an island between Honolulu and Fiji for refuelling. We can only assume it's the same island of Kanton in the then Phoenix Island group now called the Kiribati Republic. Webmaster 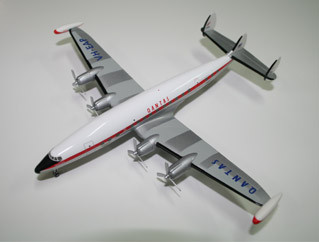 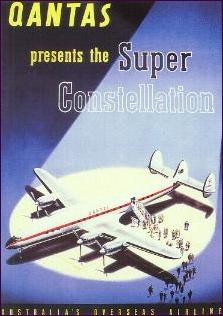 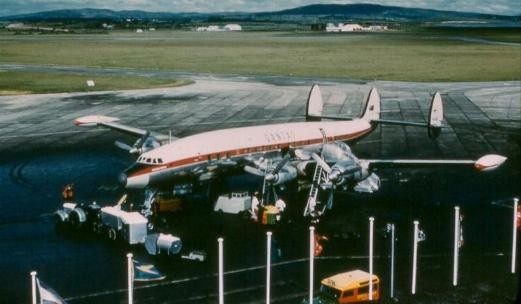 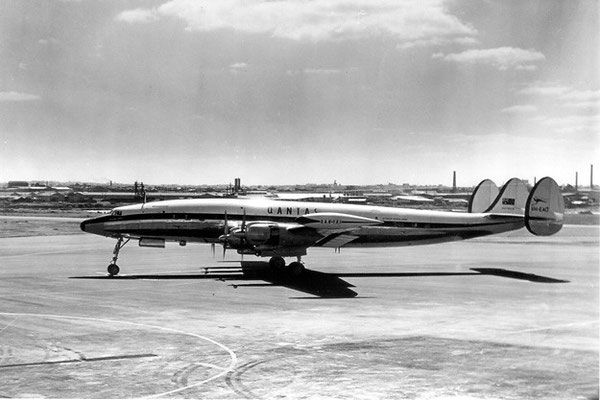 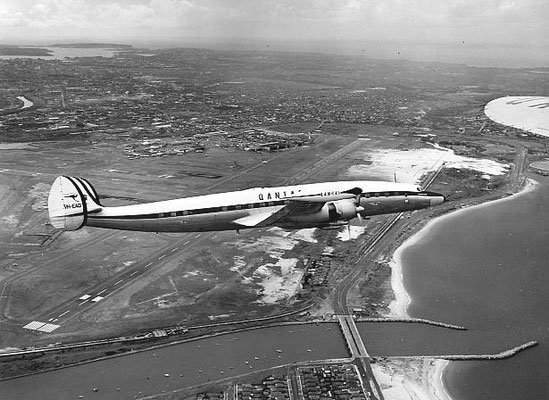 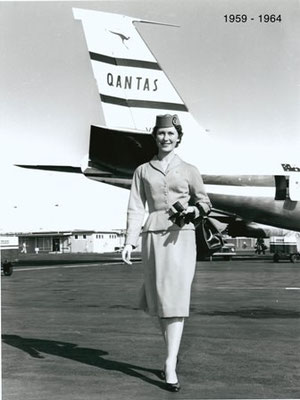 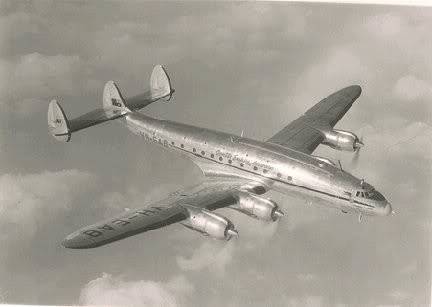 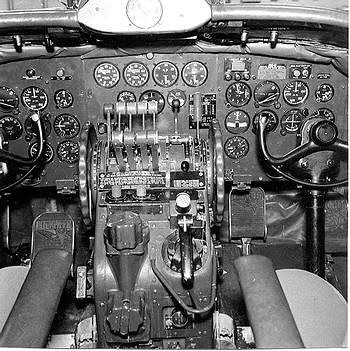 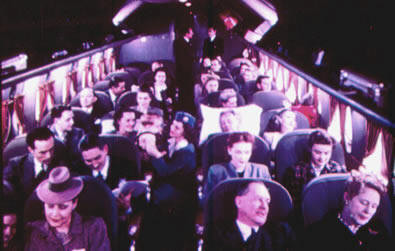 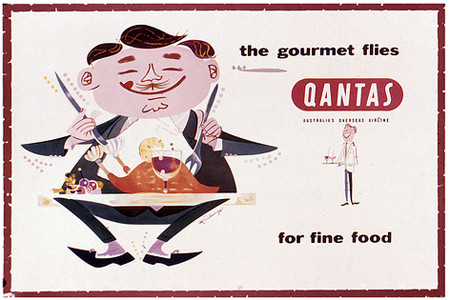 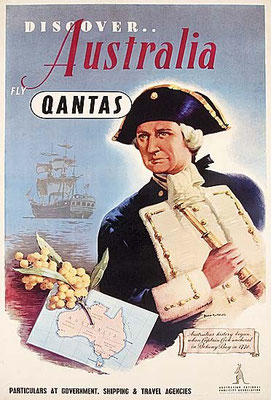 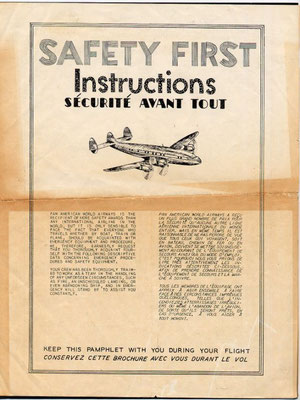 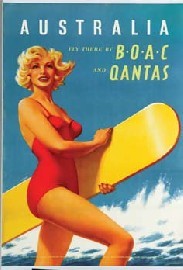 Qantas Empire Airways Lockheed L1049 Super Constellation VH-EAD (c/n 4607) in flight above Sydney/Kingsford Smith airport in June 1958. The main runway at this time is 07/25, running from bottom left to top right in this photo. Below the aircraft, the Cooks River has been diverted (it used to run parallel to the shoreline and exit near where the nose of the aircraft is), but the extension into Botany Bay of the cross runway, 16/34, has not yet commenced. Above the aircraft is the terminal area, with the QEA maintenance area to the left.

Lockheed L-1049G-82-153 Super Constellation VH-EAO Southern Aurora (c/n 4679) taxying at the Qantas Empire Airways (QEA) maintenance area at Sydney/Kingsford Smith Airport in the late 1950s. These aircraft, powered by four 3250 hp Wright R3350-TC18-DA3 Turbo Compound engines, operated with 10-12 crew and up to 39 passengers in all First Class configuration, or 27 Deluxe and 30 Tourist seats, or 60 seats in an all-Tourist configuration. Cruising speed was approximately 335 mph. The Super Constellation represented the pinnacle of piston-engine airliner development and, in some eyes, the epitomy of beauty in design.

VH-EAO was delivered to Qantas on 28 October 1957. Its delivery flight, under Captain A.A.E. Yates, was the first non-stop flight by a commercial aircraft from Honolulu to Sydney. On 14 January 1958 VH-EAO was one of two Super Constellations to depart Melbourne/Essendon on Qantas' inaugural round-the-world service. VH-EAO departed Australia via the 'Southern Cross' route across the Pacific, carrying a special philatelic mail - cick here to see come air mail covers carried on this flight.

When QEA bought Lockheed Electras, VH-EAO was traded back to Lockheed as N9722C on 13 October 1959 with a total flying time of 5,874h 9min and 932 landings racked up in two years of line-flying. However, just on a year later, with the Electras temporarily grounded for wing modifications, the aircraft was leased back from Lockheed on 18 August 1960 because of a shortage of capacity. Re-registered as VH-EAO, it served under the appropriate name Southern Prodigal. In March 1961, QEA re-purchased the aircraft and operated it for a further two years until finally disposed of on 5 March 1963 to California Airmotive as N86682.