Meher Baba and his close ones spent four days in San Francisco in 1956, prior to their visit to Australia.

After spending 3 days in Los Angeles which includes one day at Meher Mount, Meher Baba and his entourage departed the city on the 3rd August at 9am , flying Untied Airlines in Flight 465, the plane was a Douglas DC-4.

The plane arrived at 11am. at San Francisco International Airport.

Click this button to visit the page  in the "Air Travels "  folder about this visit to San Francisco by Meher Baba .

Baba departed Los Angeles for San Francisco at 9:00 A.M., on Friday, 3 August 1956, aboard United Airlines Flight 465. The welcoming committee of Hilda Fuchs, Gladys Carr and Marguerite Poley were there to see him off, along with some of the others. Hilda had brought a tiny bouquet of red roses as a farewell offering for Baba.

Once the Douglas DC-4 airplane was in the sky, Baba walked down the aisle greeting each of those accompanying him. Later, a few came over to his seat to discuss certain things with him, as others took his picture. When Filis sneezed loudly, Baba cracked, "You will bring down the whole plane!"

The group arrived in San Francisco two hours later at 11:00 A.M., and Baba was met by an enthusiastic crowd and garlanded by the children within the group. It was quite cold, and Bili Eaton gave Baba her cloak, which he wore a few moments and then gave back to her. Baba was driven to a new motel, the Holiday Lodge at 1901 Van Ness Avenue. (Nearly every other hotel was booked, because the Republican National Convention was being held at this time.) Baba had been given a duplex suite far from the central court, but he did not like it, as it was too far from his lovers and there was not a connecting room for the mandali.

At 2:30 P.M., Baba was taken in Agnes Baron's station wagon, driven by Lud, on a sightseeing tour of the city. Eruch, Nilu, Ivy and Lud's daughter Diane rode with him. The others went by bus. Joseph and Kari Harb also took their car. They visited Chinatown, Fisherman's Wharf and Telegraph Hill, where they disembarked at Coit Tower to view the harbor. Next, they went to the Presidio Gardens via Lombard Street (known as "the crookedest street in the world"). Suddenly, Baba turned to Lud and signaled that he must return to the hotel by four o'clock. 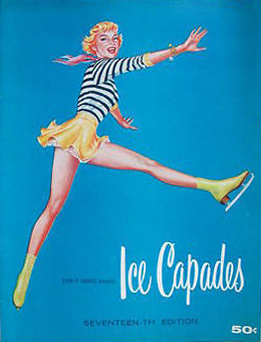 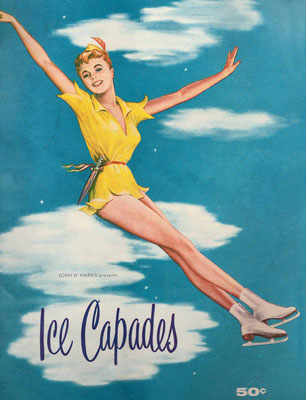 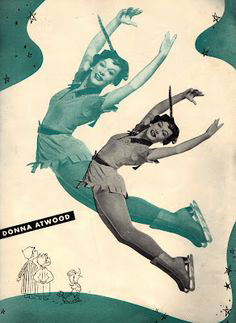 They were to go see an Ice Capades show in the evening, and Baba added, "All must stay to the end of the show, even if I leave early."

That evening, they left for the Cow Palace, Baba bundled up against the fog with wool socks, a red wool jacket, white cotton trousers and a red paisley scarf. As they waited for the cars, he jokingly tried on Charmian's white fur toque (round hat). As soon as they arrived at the arena, Baba asked where Ruth White was. He had Kitty phone the hotel to locate her.

Baba did decide to leave early and was driven back by Lud, who was not feeling well.

Most of this day Meher Baba conducted interviews at his hotel.

Click this button to visit the page  in the "Air Travels "  folder about this flight from San Francisco to Honolulu and then to Sydney via Kanton Island & Fiji by Meher Baba  on 2 seperate planes with the same flight number.