The other page connected with this page is located in the "Location Gallery - USA - Oceano,CA. "


Meher Baba returned to Hollywood in 1934, avoiding publicity and instead working with a number of screenwriters and filmmakers on proposed film projects. During the earlier 1932 visit he had met a spiritual seeker named Sam Cohen, a Theosophist and resident of a loosely knit freethinkers community named "Moy Mell" nestled among the dunes on the beach at Oceano, California. The benefactor of this group of intellectuals, spiritual seekers, artists and social misfits was Chester Alan Arthur III, grandson of the 21st President, who went by the name of Gavin. For a time Gavin published a magazine called the Dune Forum, which included articles by such notables as Stuart Edward White (author of the spiritualist classic, The Unobstructed Universe), and photographic contributions by Ansel Adams and Edward Weston (whose dune photographs are well-known). Gavin would frequently entertain the intellectual and artistic elite of America at his cabin in the dunes. Although accounts differ somewhat, it appears that Baba sent disciple Meredith Starr and his wife to Moy Mell in 1932, and that they stayed on for a period of time (this was approximately a year and a half before Meredith's defection). When Baba returned to Hollywood in 1934, he agreed to visit the "Dunite" community. On the evening of Christmas day (accounts different as to the exact days), Baba arrived with eighteen of his followers, including Norina Matchabelli, wife of Georges Matchabelli, known for the popular perfume brand. Norina had previously arranged for a special cabin to be built for Baba, but he chose instead to stay in Gavin's cabin. Gavin was not in Moy Mell at the time, and it was decided that he wouldn't mind.

There was also a Theosophical center called the Temple of the People in nearby Halcyon, founded in 1904 with the intent of preparing for the arrival of the next incarnation of the Avatar, but there is no record of Baba visiting it.(21)

Baba and his group stayed overnight and spent the following day visiting with Sam Cohen and other Dunites, many of whom were eccentric characters and spiritual seekers who gave little importance to social convention. Hugo Seelig was a seeker of truth from an early age, who, after his father's suicide, roamed the coast of California meeting other seekers and visiting places where they could be found. At Stanford University, he met a resident of Halcyon who told him about Oceano and the little dune colony there. When WWI broke out and America entered the war, Hugo went to live in the dunes and became part of the community, pursuing his writing.

George Blaise was an ascetic who despite being in his 60s, was in splendid physical health with long white hair and beard. He was strictly celibate and a vegetarian who lived on grains and fruits, especially fruits which had fallen to the ground (he believed that vegetables like carrots and lettuce suffered because they remain alive after being pulled up or cut off). He seemed impervious to the elements, living naked in the dunes and only putting on a loincloth if he had to enter the nearby town. George was a reformed alcoholic and a lay preacher who attracted attention from outsiders, eventually developing a small following.(22)

Both of these men, along with Sam Cohen, were the "Dunites" who spent the most time with Meher Baba during this visit.

Baba arrived with his group the day before Christmas... The next day Baba spent in granting interviews to different people who had heard of his coming. In the late afternoon we all trekked to the beach to escort Baba back to town, from where he would resume his drive back to Hollywood. As we walked along the beach single file, Baba's car had broken down, and we all kept looking at Baba in the hope that he might perform a miracle, but Baba decided to let the law of mechanics take its course. So the car was pushed forward and Baba and I walked on ahead.

This was when a most unusual experience took place: Baba looked at me, and then pointed to the Pacific Ocean. I said, "Oh yes, it is very big." Baba shook his head, as if to say "No." Again he waved his hand, and I said, "Oh, yes, it is very beautiful." Once again, "No." Finally, a loud speaking voice said, "I AM AS BIG AS THE OCEAN." And you know Baba does not speak.(23) 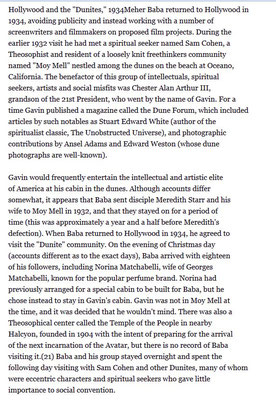 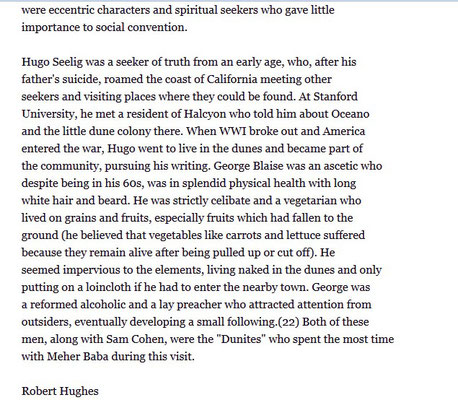 The Meher Free Dispensary began operating again at Meherabad under Dr. Nilu's supervision from the 1st of June, 1937. Raosaheb went into the Ahmednagar market almost every day for Meherabad's supplies, and Baidul and Pleader continued to oversee the mad ashram.

On June 3rd, the Westerners visited Meherabad and spent the night. They returned to Nasik the next day late at night, except Sam Cohen, who was allowed to stay behind and help the mandali in the mad ashram for a few days.

Toward the end of June, Baba instructed Sam Cohen to stay in the Tiger Valley cave at Panchgani, but he was afraid to be there alone by himself, and so Baba directed him to go to Europe via Colombo, Ceylon. He left on June 23rd.

BABA and the group reached Marseilles at six o'clock on the morning of August 13th and were met by Delia DeLeon. They then traveled by train to Cannes, reaching there about four in the afternoon. Prior to Baba's arrival, Kitty Davy had gone to Cannes at the end of June and rented villas with the help of Delia and Norina's sister, Gita Bloum.

The arrangements were quite pleasant, but Baba for some reason was dissatisfied with the women's villa and Norina was ordered to rent another. The new villa was where Baba and the women mandali, Norina, Elizabeth, Rano and Kitty would stay. For the men mandali a second villa was rented, and a third for the Western men and women who had come: Delia, Ruano, Gita, Jean, Malcolm, Nonny, Sam Cohen, Christine McNaughton, Anita de Caro and Andreé Aron. Andreé, a French lady, had previously met Baba in Zurich in 1934 at Otto Heije's art school and was a friend of Anita's. Ruano Bogislav was appointed head of the household to manage the living arrangements in this villa.

On October 25th, Sam Cohen was sent to Mexico by Baba, and Nadine Tolstoy left for Zurich.

Sam Cohen, who apparently had not seen Baba since 1937 in Cannes, met with Baba that morning. Baba told Sam to begin repeating his name at midnight after he left Myrtle Beach.

Sam Cohen asked, "Suppose one feels that meditating by oneself is service? I like to visit the Monday group, but not all the time."

Baba responded, "I would like you all to belong to certain groups. Why? Because you can cooperate and tell others about me and share your thoughts. You learn much more than when you remain by yourself. When you listen, exchange thoughts, prayers, my presence is there. Where there are five collected together, there is Parameshwar; I am there. If you are talking of me, having love for me, then there I am. Is it all clear?

This was Baba's third and final visit to Myrtle Beach, but his presence at Meher Center will be experienced for centuries to come. It was said that the light of his love was seen shimmering on every leaf of the trees in the Center. After several postponements, two hundred and twenty-five lovers from England, France, Switzerland, Israel, Mexico and different parts of the United States began arriving. Old lovers such as Charles Purdom, Delia DeLeon, Anita Vieillard, Hedi Mertens, Margaret Craske, Ivy and Charmian Duce, Don Stevens, Agnes Baron, Darwin and Jeanne Shaw, Fred and Ella Winterfeldt, Enid Corfe, Sam Cohen, Fred Marks, Filis Frederick, Adele Wolkin and John Bass arrived, as well as newer ones like Joyce Bird, Harry Kenmore, Henry and Kecha Kashouty, and others who had met Baba during his 1952 and 1956 visits.

To the women, he stated: "These four and a half months from July 14th will be the most intense phase of my inner working, which will accelerate after July 21st, and its universal effect will be tremendous." Again he repeated, "The time is very near."

The first forty days of the seclusion, from July 14th to the 22nd of August, was a special period. During these forty days, Baba had instructed Eruch in Meherabad, Sam Cohen in America and Francis Brabazon in Australia to fast. They were allowed a seer and a half  of milk per day and in the course of the fast were advised to repeat God's name. Various other orders were also given.

Baba In The Dunes
Reported by Kathleen O'Quinn

Baba's Christmas 1934 trip to the dunes was more than a holiday — it was an opportunity for the Master to contact members of  Moy Mell, the utopian community located midway between San Francisco  and Los Angeles. When Baba accepted Sam Cohen's invitation to visit the dunes, He advised Sam to make preparations for 16 guests, including Norina Matchabelli, Elizabeth Patterson, Ruano Bogislav, Jal (Baba's brother), and Nadine Tolstoy. The community constructed a special cabin of "pure" vibrations for Baba (and upon His arrival, He decided not to use it) and groceries were charged to "Matchabelli" at Carl Angelo Dry Goods store. Baba held personal interviews with the "Dunites" and led a group meditation in a cove.
Vol.21, No 1, page 53 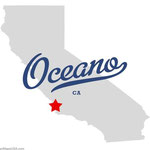 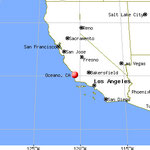 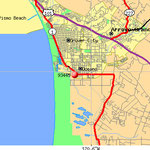 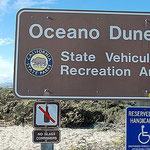 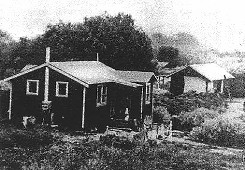 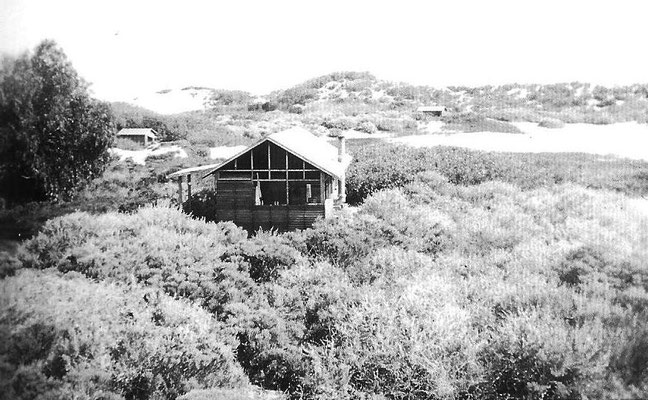 The dunes had long been the home of a drifting population of vagrants and eccentrics, but it was in the 1920s that the people who became known as The Dunites began to arrive – an impressive collection of  misfits, don’t-fits and won’t-fits.

Edward C St Claire – a Spanish-American war veteran turned poet was one of the first.  Slightly later, came George Blais – an evangelist and a naturist, who always dressed to go into town – in a loincloth and bandana;  Gavin Arthur – grandson of  former US president Chester Alan Arthur – who ‘had it all’ by the standards of the day, but opted for out, as did his friend Ella Young and the artist Elwood Decker.

The Dunites ~ by Norm Hammond 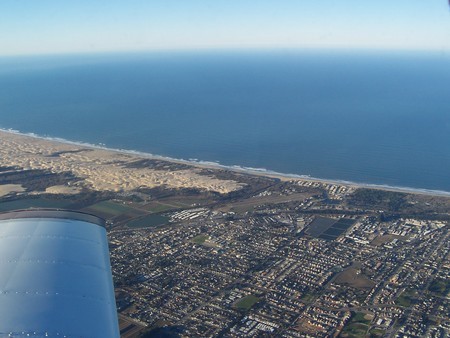 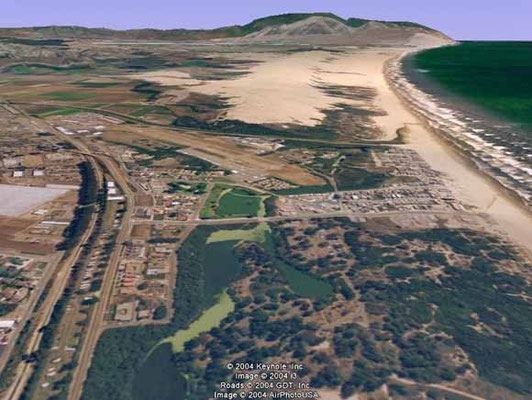 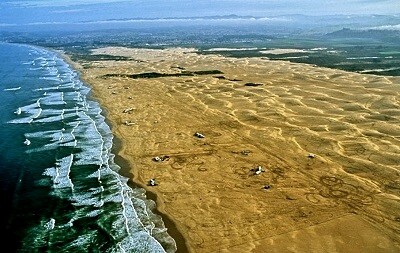 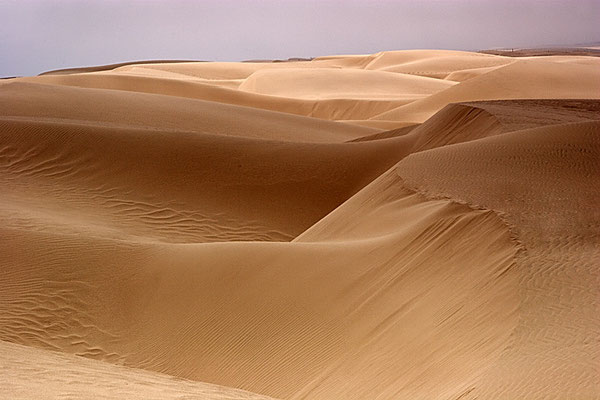 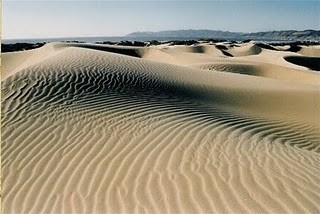 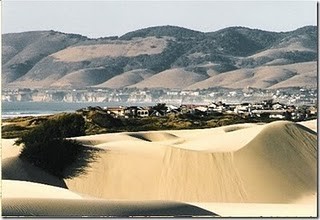 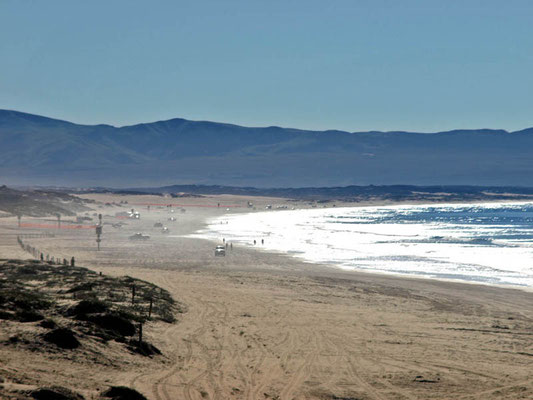 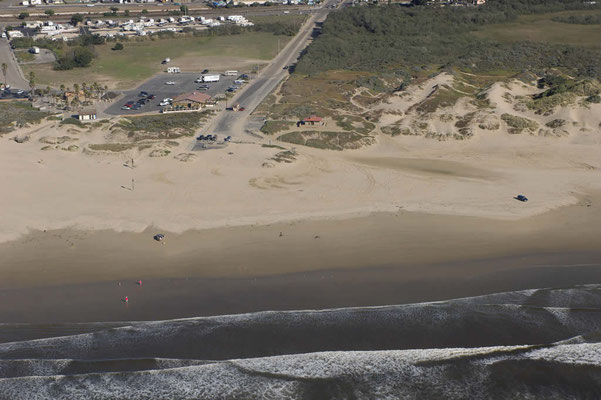 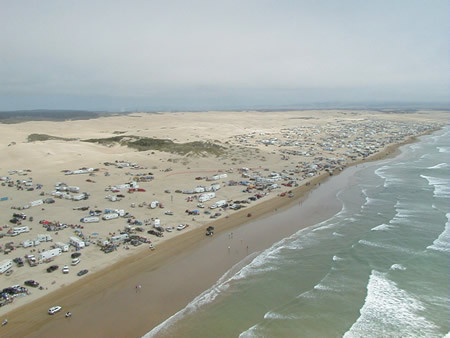 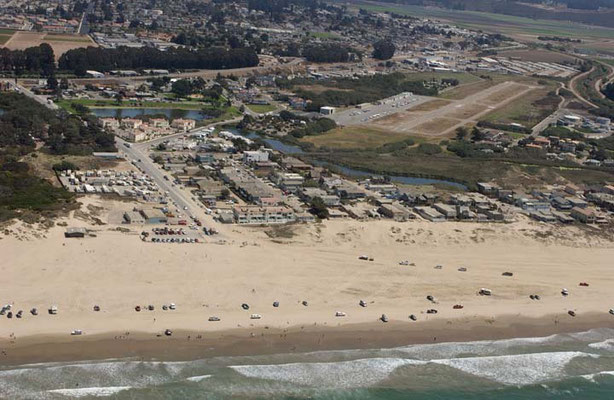 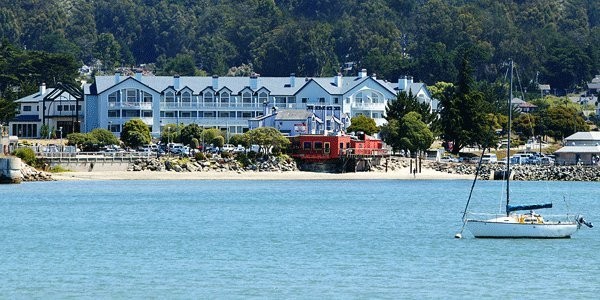 This Heart Talk posting is a poem by Sam Cohen, a seeker who lived an austere life in a community amongst the sand dunes in Southern California and who met Baba on His visit to Hollywood in 1932. During Baba's 1934 visit to California, at Sam's invitation, Baba stayed for two days amongst the Dunites, as this community was known. In 1937 Sam came to India and stayed at the western Nasik ashram and then, directed by Baba, left for Europe where he stayed with Baba in Cannes. He was again with Baba in the USA on Baba's 1956 and 1958 visits.

While this poem seems to be a draft, it must have been sent to Baba or Chanji as it was filed amongst 1932 papers in the Trust collection that was kept first by Chanji and on his death by Adi K. Irani. 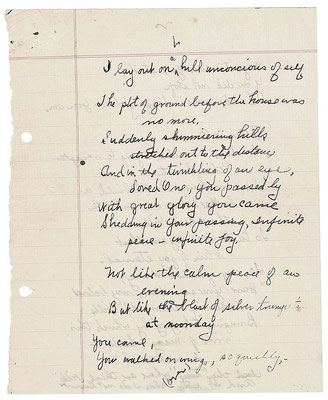 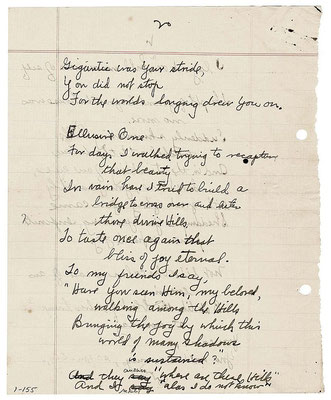 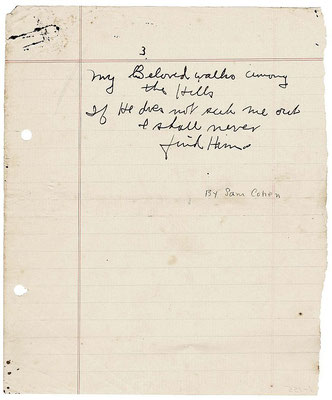 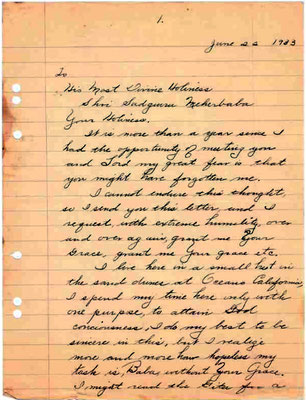 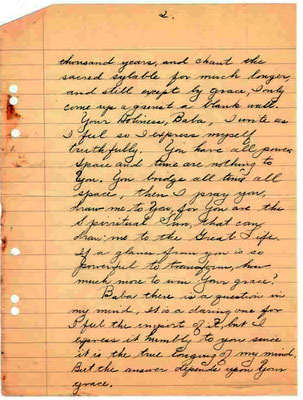 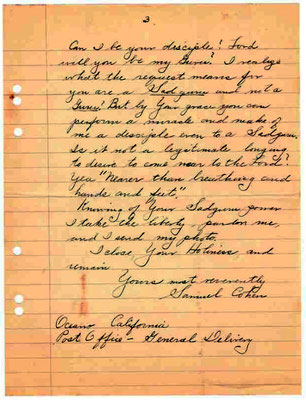 SHIPS  THAT SAM SAILED ON